Key Insights for Marketing to Teenagers

So it’s easy to spot when this kind of marketing goes very wrong, but it’s still difficult to determine what the right approach is, particularly when several recent reports show an impending teenage exodus from Facebook. Enter danah boyd, a principal researcher for Microsoft who wrote a new book called It’s Complicated: The Social Lives of Networked Teens. Her research revealed several key insights into teenagers’ use of social media. Here are some things to keep in mind when you’re trying to target the young audience:

Teens care more about the social aspect than anything else. While adults might use social media to share content, gain exposure and promote themselves professionally, teenagers simply want a space in which they can interact with their friends.

They aren’t stupid. They know when you’re trying to make your brand seem totes awesome, fo shizzle. As boyd said, “Young people are totally aware of when a company is making a YouTube video just to sell to them.”

Teenagers don’t want marketing to get in the way of socializing. When your primary purpose is communication with friends, the last thing you want to deal with is annoying ads. Marketers have to make sure they don’t cross the line between engagement and intrusion.

As teens move away from the big social media, they’re also moving away from marketers. New ad-free apps are rapidly gaining popularity, so marketers are going to have to get innovative if they want to reach this demographic.

The so-called exodus isn’t really as big of a deal as some people are making it out to be. Recent studies show that Facebook is still the best way to reach teenagers because it is their preferred social media platform for interacting with brands. Several researchers suggest that the recent decline in teenage users is due to current users aging out of the demographic and a lower rate of new adolescent users. However, brands will still have to adjust quickly as social media trends shift. 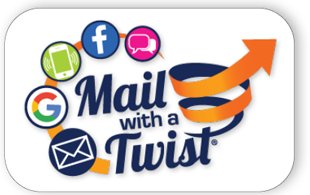